Fri, 11/25/2022 - 20:49
Cuiusvis hominis est errare: nullius nisi insipientis, in errore perseverare (“it is common to err; it is only of the ignorant to persevere in error”). Cicero – Philippics (XII. 5) Humanum fuit errare, diabolicum est per animositatem in errore manere (“to fall into error was proper to man, but it is diabolical to insist on […]

Close Encounter with the Khazarian Mafia in Hollywood

Thu, 11/24/2022 - 16:38
Host Johnny Punish welcomes VT's Mark Dankof.  Together they discuss the underlying foundational reasons for the Ukraine War and where it's going forward

Thu, 11/24/2022 - 06:49
we have uncovered documents and discovery that show clear coordination between the Biden Administration and social media companies on censoring speech”

Thu, 11/24/2022 - 06:15
Trump's victory proves that that Westerners are Communist mind control prisoners. They control the media.

Wed, 11/23/2022 - 18:49
religious persecution against the Russian Orthodox Church, which recognizes the authority of the Patriarch of Moscow, is now breaking out.

Wed, 11/23/2022 - 08:29
"It’s time to negotiate…. before the offensive begins, because once it begins, there will be no further discussion between Moscow and Kiev until it is over to the satisfaction of the Russians.”

The Mysterious Money Raising by “Aid to Ukraine”, the US Democratic Party and the Suspicious Collapse of the FTX Crypto

Tue, 11/22/2022 - 16:46
On the cover image a cartoon by A.F. Branco for The Clarke County Tribune by Felix Livshitz for Russia Today – All links to Gospa News articles have been added aftermath because related to the topics covered Breaking news throughout the first half of November has been dominated by coverage of the sudden collapse of FTX, […]

Tue, 11/22/2022 - 06:49
by Fabio Giuseppe Carlo Carisio VERSIONE IN ITALIANO All Gospa News articles in Italian linked in this one can be read in English with simultaneous machine translation Italy is a Republic controlled much more by Freemasonry, CIA and Mafia than its rulers and citizens… So we are not wondered that we are one of the […]

Dividing the Hemispheres of Our Lives

NATO expansion and the origins of Russia’s invasion of Ukraine

Were the 9/11 Aircraft Electronically Hijacked and Remotely Controlled?

Mon, 11/21/2022 - 20:05
The 9/11 aircraft were electronically hijacked and remotely controlled through a system called the uninterruptible autopilot.

Mon, 11/21/2022 - 19:40
The Israeli Defense Forces’ (IDF) Unit 8200 is infamous for surveilling the indigenous Palestinian population, amassing kompromat on individuals for the purposes of blackmail and extortion. Spying on the world’s rich and famous, Unit 8200 hit the headlines last year, after the Pegasus scandal broke.

Turning on Russia: NEOCONS and RussoPhobia

How the Israeli Ministry of Health Became an Agent for Pfizer

Mon, 11/21/2022 - 09:33
None of the outcome measures that were explicitly agreed upon in advance were safety outcomes, such as overall mortality, hospitalizations from any cause or the known side effects of vaccines, whatever they may be.

Mon, 11/21/2022 - 01:25
“Speaking Truth to Empire” on KFCF 88.1 FM independently owned and locally operated since 1975 in Fresno, Dan Yaseen interviews Scott Ritter, he is a former U.S. Marine Corps intelligence officer who served in the former Soviet Union implementing arms control treaties, in the Persian Gulf during Operation Desert Storm and in Iraq overseeing the […]

Turning on Russia: Been Done Before But Will This Time Be The Last?

END_OF_DOCUMENT_TOKEN_TO_BE_REPLACED

Prime Time Mortgage Corp. may not be licensed in your state. We do not conduct business in states where we are not licensed or authorized to do so. We do not offer unqualified access to credit. Subject to underwriting and appraisal approval. We arrange loans with third party providers. Licensed Lender by the N.J. State Department of Banking and Insurance, Registered Broker by the N.Y. State Department of Financial Services  NMLS #5463 - CFPB.GOV | Our Privacy Policy 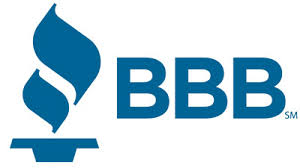 Prime Time Mortgage Corp. is not acting on behalf of or at the direction of HUD/FHA or the Federal Government